The listing was posted by The Central Council of Physical Recreation 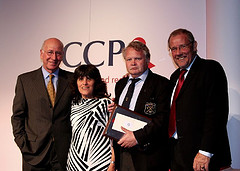 In association with the Foundation for Sport and the Arts (FSA), CCPR recognises sports clubs who have made an outstanding contribution within their community. The six finalists had all shown commitment and dedication in providing opportunities to make sport inclusive and accessible for all. The winners were awarded cash prizes between £1,000 and £6,000.

The Ryde Rowing club won out to pick up this year’s coveted ‘Sports Club of the Year’ prize, along with a cheque for £6,000. Based in the Isle of Wight the club offers a wide range of opportunities to become involved in coaching and competitions. As part of a pilot scheme, Ryde also introduced over 300 participants from local middle schools to the sport.

“We were really surprised about winning; it was truly an honour for a club like ours to be recognised for something we love doing. After tonight we feel even more motivated to continue introducing as many people to rowing as possible.

“We would like to thank CCPR for this recognition and the FSA for making it possible for us to put more money into the club, improving the facilities for our members and volunteers.”

“CCPR is proud to be a part of the Sports Club of the Year awards and to recognise community sports clubs in this way. Their volunteers devote countless hours of their time encouraging participation in sport and it’s only right that their contribution is highlighted on nights like this.”